In all actuality I was sickly yesterday, laying on the couch sleeping, watching netflix, and having a great conversation with an old friend. Which brings me to another retro-type thought… Is it just me or did the movie “DUNE” seem so much cooler when we were kids? I watched it yesterday and thought it was kinda weird. I loved that movie when I was younger.

BUT… that is a totally different conversation. Today, since we missed yesterday, is “Retro Blog Day – the make up day” where I will take something from my old blog circa 2007-2008 and publish it here, for the fun of it. This one goes out to my man PC over at http://www.ragamuffinpc.com who asked a great question (or made a bold statement with instruction) in his comment on my last post:

One thing I have been thinking from time to time is that it seems American Christians seem to wait on the government to enact movement to situations and areas that the Church should have been a long time ago. Chew on that!

So this sort of answers my thought to that question/statement…

This was originally written Spring 2008 during the Presidential election cycle and the talk radio rhetoric was at an all time high in quantity, and low in quality. As I re-read this post, I do realize there was a bit of an angry tone, so I ask for your forgiveness in advance… I was much younger then! READ ON…

Indivisible… with Christianity for all? April, 1 2008

So… The second half of this exasperation; political agenda. I fear we have place political conservatism above the cross. That “good Christians” should vote or think only in very specific ways and that we should only be caught up with certain issues. Again… CRAPOLA!! The problem with the zealous political wing of Christianity (if you can really put all that together) is the underlying insidious nature of what they really want. They basically want a new messiah.

Much like the pharisees in Jesus day, they want a politically established leader who will affirm all that we believe as Christians as right and good and start to legislate as such. Now some may wonder why that is even a problem. It’s a huge problem, we shouldn’t want mandated Christianity, in fact it should scare the crap out of us. The thought of it should cause us to run out and get motivated to stop it. We should desire passionate, authentic, zealous faith that people gain from their interaction with the Holy Spirit, not something that they are doing in fear that the government will come barging in to their home to decree that they are not fulfilling their duties. Now… do I desire a Presidential candidate that has biblical wisdom and is a professing Christian… sure, but I don’t want a government that will start legislating Christianity as law, because the reality of the matter is… how long will it be before I don’t measure up?

I’m not sure which aspect of this gets me most riled up, but to be sure there is a level of Hypocrisy that is extreme. We have certainly come right out and bashed any of the Arabian and Asian governments that have established any form of religious law and to be sure we praise the founders that fled England due to religious oppression under the established church state. Yet for some reason there are those that think that it would work here, that power and corruption would never take hold in these modern times. My response to that is… are you crazy?

BE CAREFUL WHAT YOU WISH FOR

The major problem with this whole thought is not just having a faith mandated (establishment of a religion) and having people forced into a way of believing which never works, and I have no doubt in my mind that is not what God desires. The issue is again relying on governmental or institutional powers to do the work of the Church and God’s people. If faith and all morality is legislated, then faith and morality in and of themselves lose power.

I certainly think there is a place to stand for what is right, and to be vocal about it, but there are times I fear the underlying motivations, and in the over-zealous politicised Christian conservative, even though I do not doubt they are my brother/sister… I do indeed find fear. So weigh your convictions, act on them, live with them firmly in place. As the word came to Zechariah the prophet:

“This is what the Lord Almighty says: ‘Administer true justice; show mercy and compassion to one another. Do not oppress the widow or the fatherless, the alien or the poor. In your hearts do not think evil of each other.’ 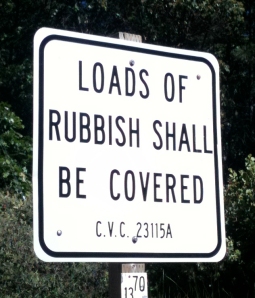 Now please do not take this as a call to vacate the political process in general. It’s not.. go and vote, exercise your right to do so, vote with that same conviction and wisdom that guides you in life and trust the God, who is Sovereign over all, will see that the outcome is to His plan.

Husband, dad, project manager, former pastor, opinionated writer/podcaster, but mostly a regular guy who has a desire to grow, share thoughts, follow Jesus and take others with me...

When I’ve Had Thoughts